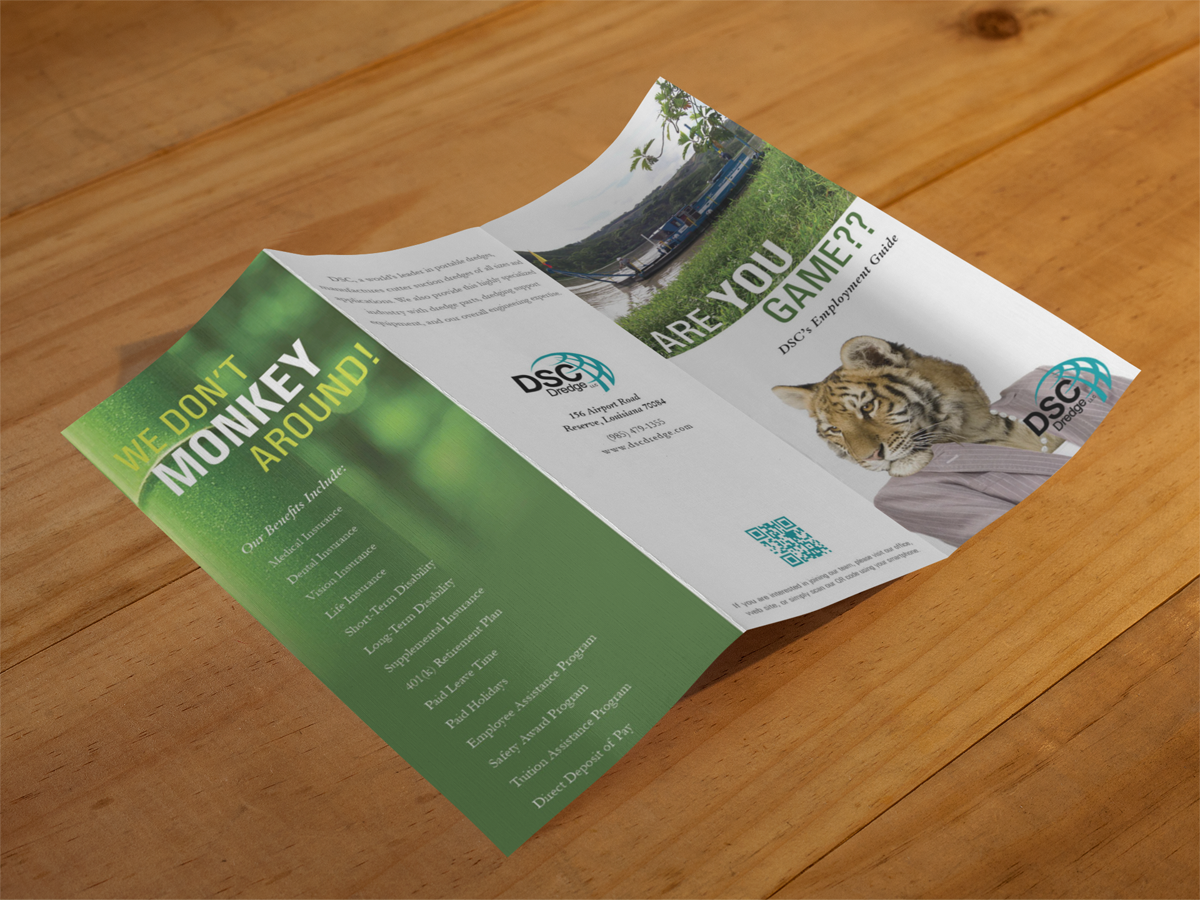 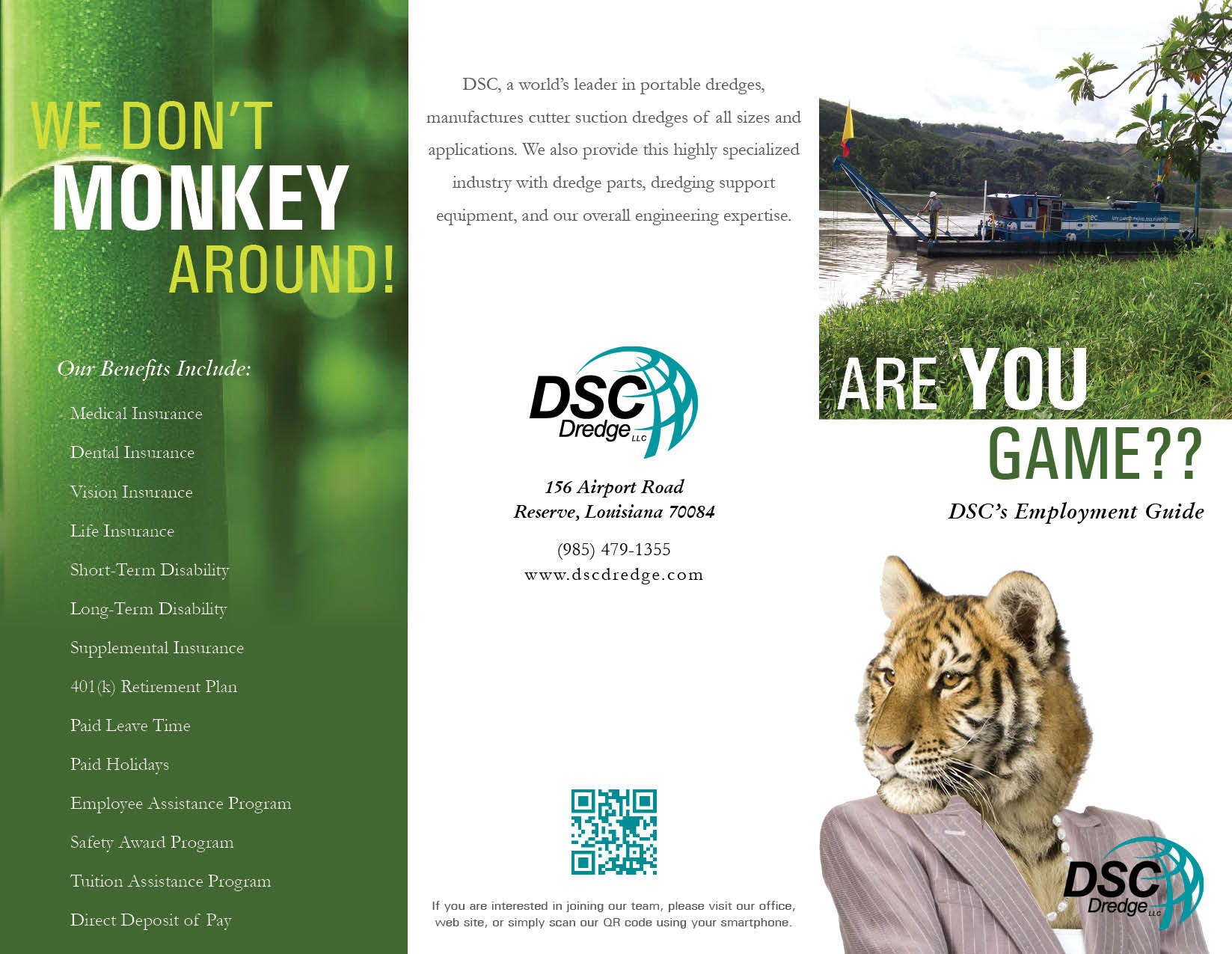 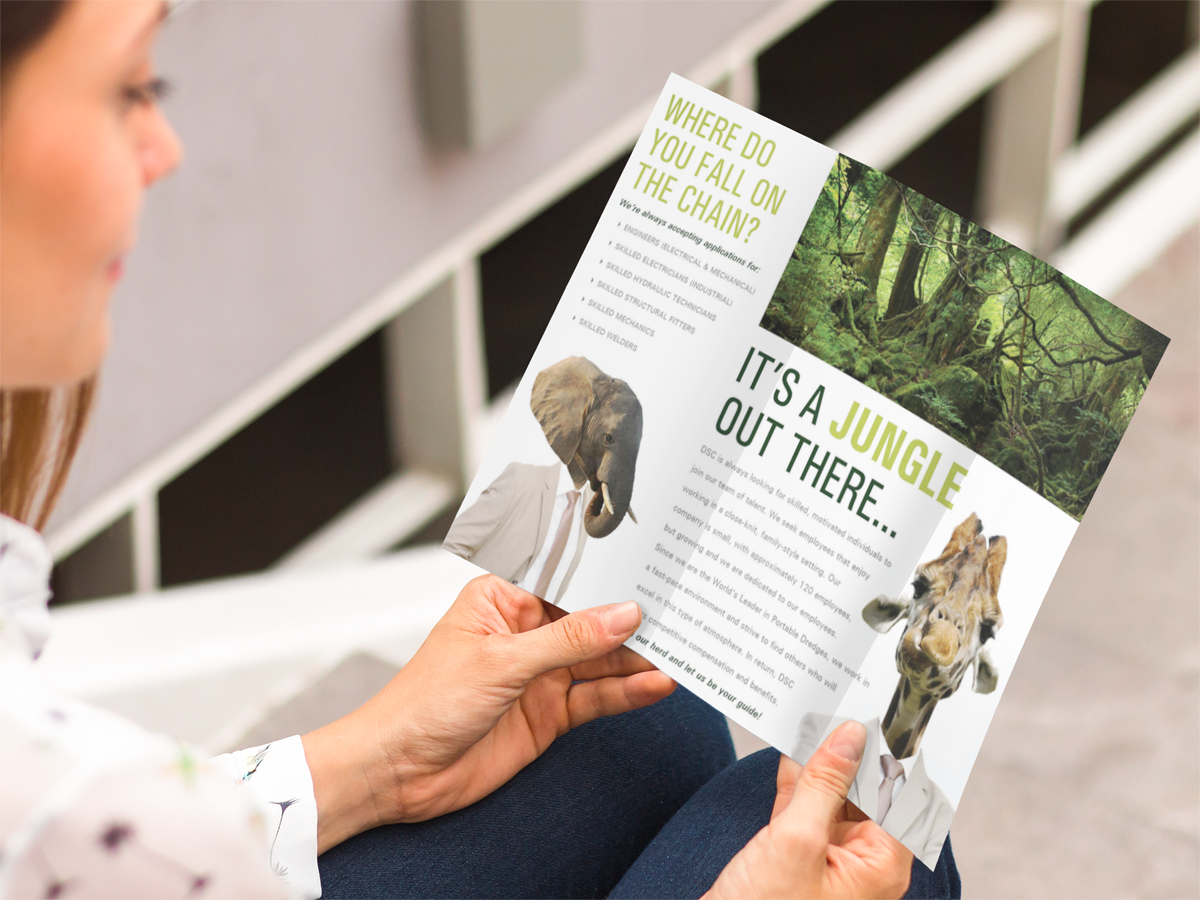 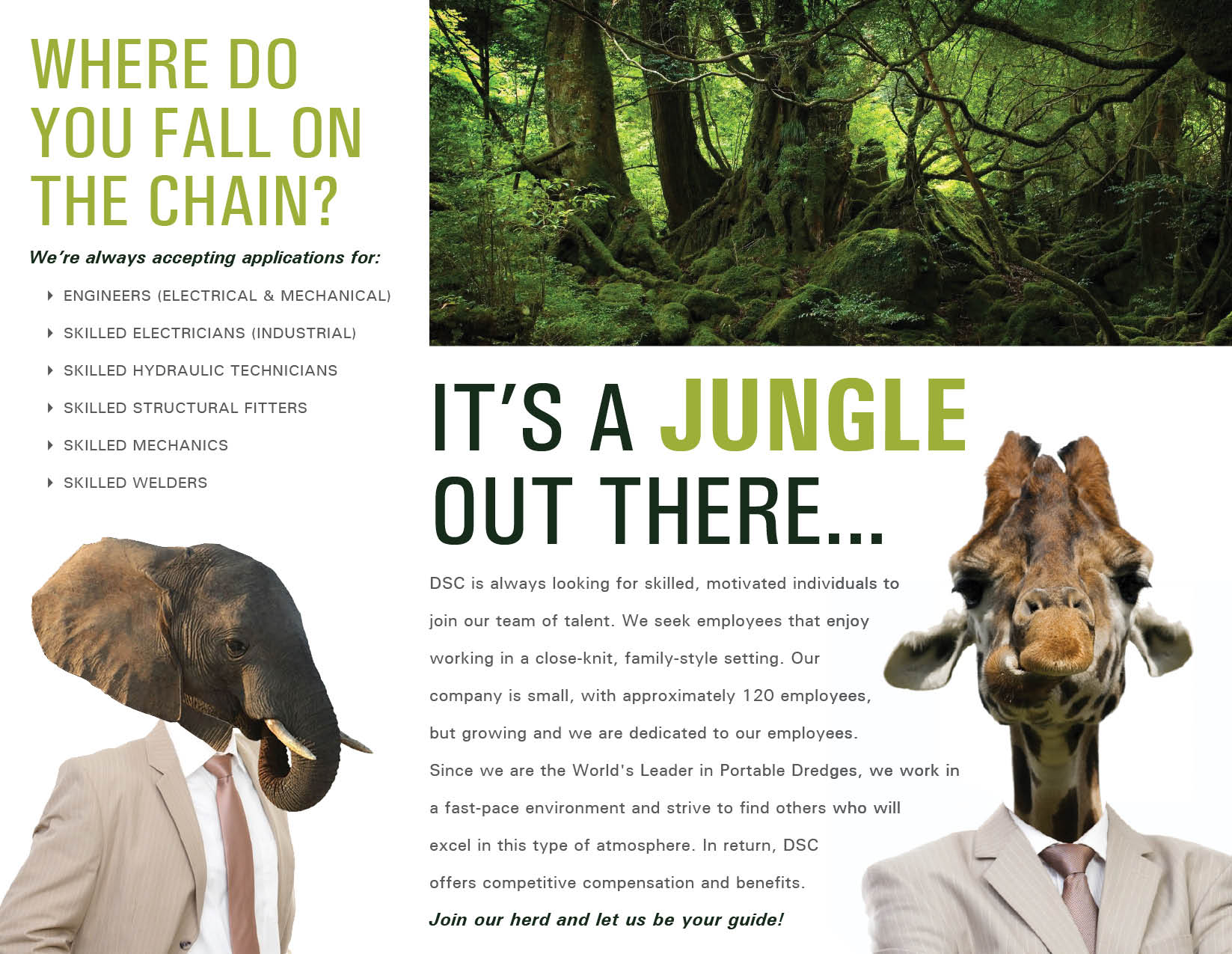 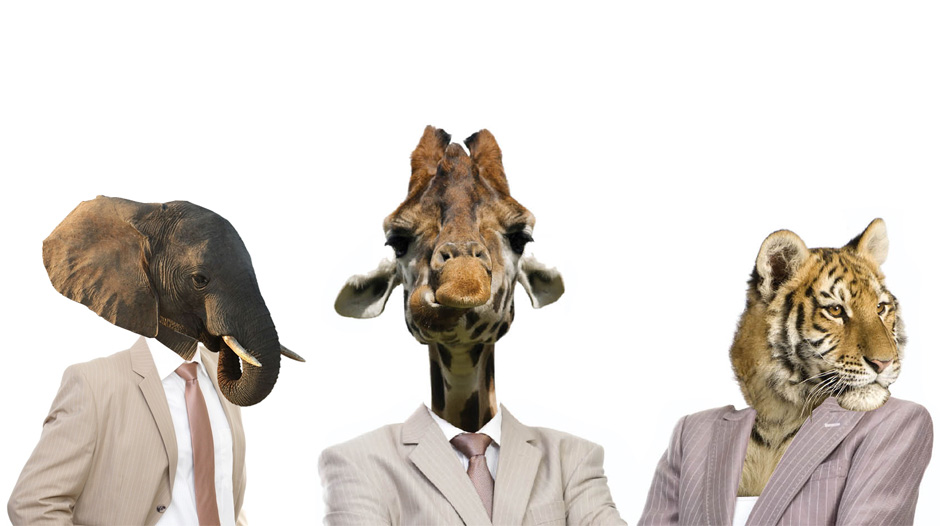 The challenge: Creatively display hiring details that would appeal to a general audience at a career fair

While DSC Dredge is a very technical company, manufacturing dredges worldwide, I wanted to design a leave behind that was fun, yet informative. This piece was intended for distribution at career fairs during a huge hiring campaign. The HR representatives wanted to stand out among the crowd, and that’s where Pastiche came up with the idea to use the concept “It’s a Jungle Out There”.

I started off with the idea to incorporate animals as job seekers and new recruits. The characters truly came to life when I put them in business attire, and from there the copy just came together. This was a really fun project and I think by infusing a bit of humor, we were successful in taking a fairly mundane bit of information and making it memorable. It’s almost always a good idea to break away from the expected and infuse a bit of fun into the ordinary!