Each year a team of BASF Geismar employees participates in Louisiana’s Bike MS, which is a two-day cycling event covering 150 miles through the beautiful countryside of Louisiana and Mississippi. This journey to create a world free of multiple sclerosis begins at Southeastern Louisiana University in Hammond, Louisiana and rides 75 miles north to Percy Quin State Park in McComb, Mississippi. Participants overnight in McComb before heading back to Hammond on Day 2. In 2015, Lara was challenged to create a new brand-compliant design for the team’s jersey. Since then, she has created the team kit for 2016 and 2017/2018 as well. 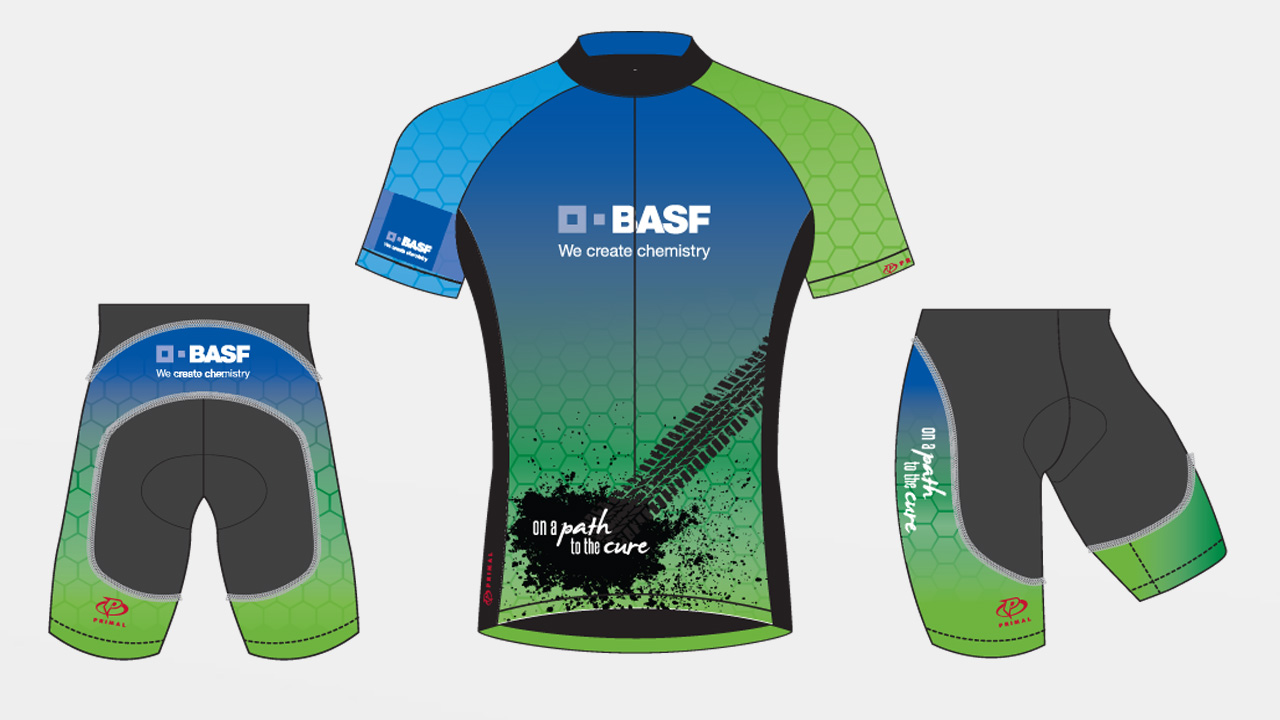 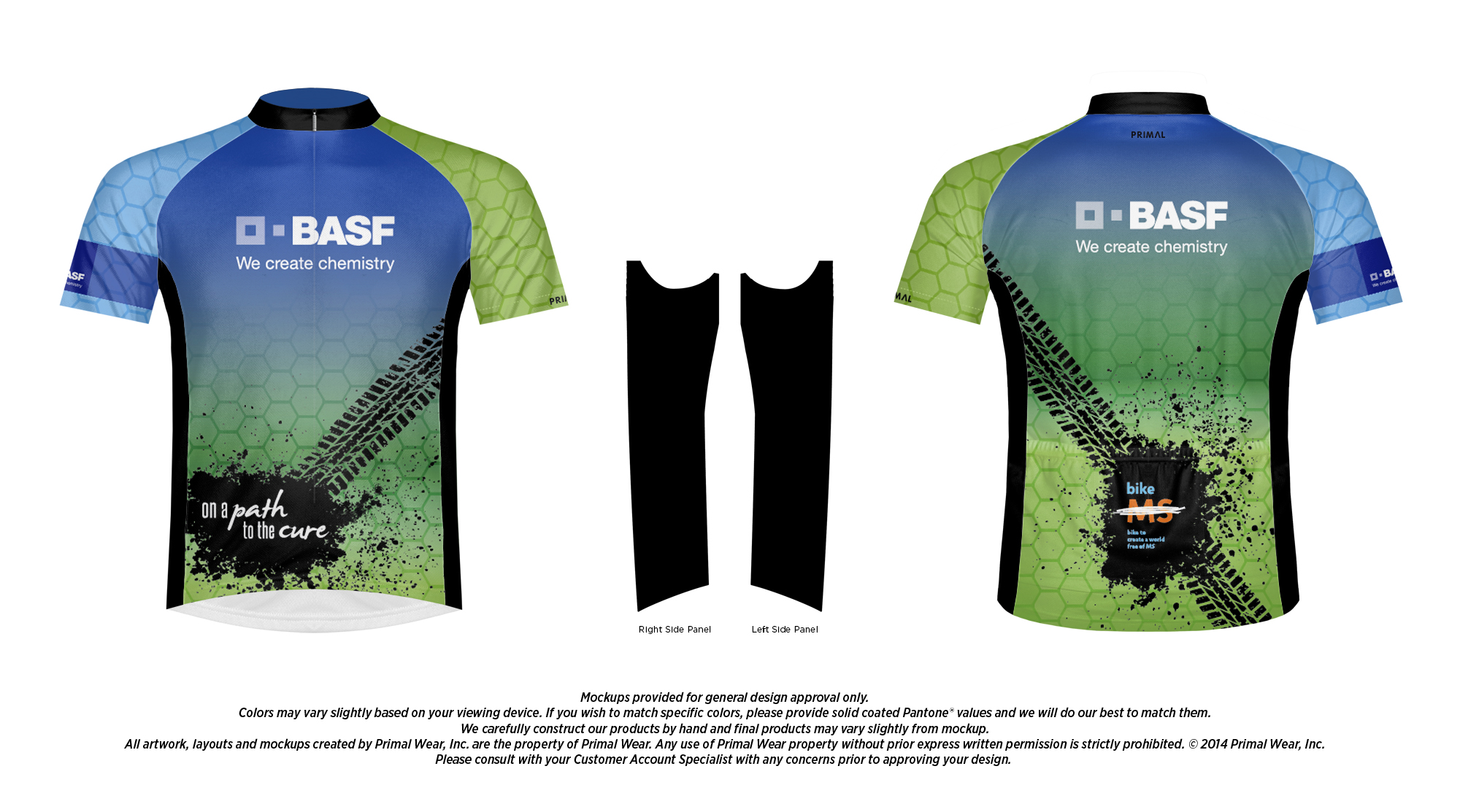 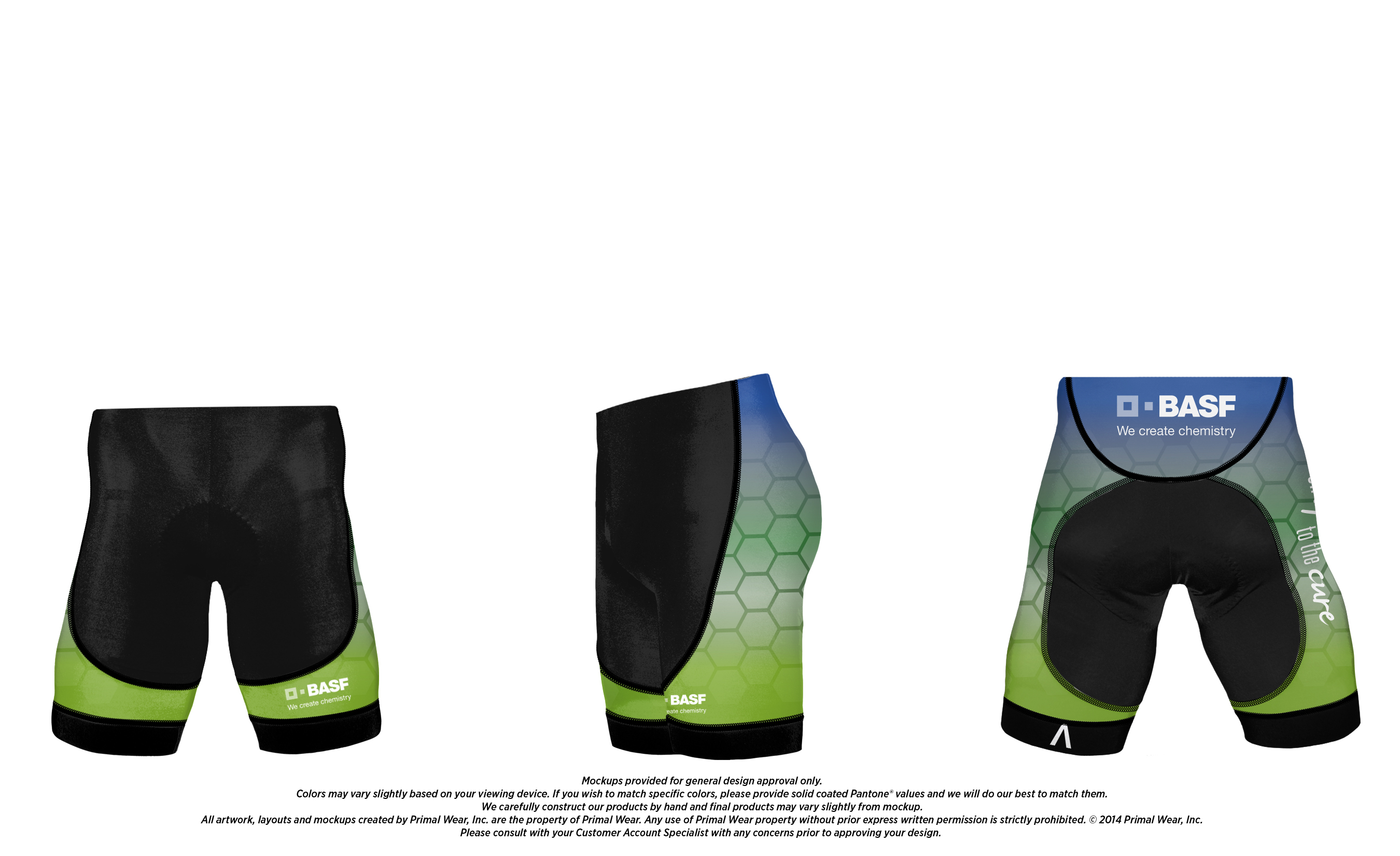 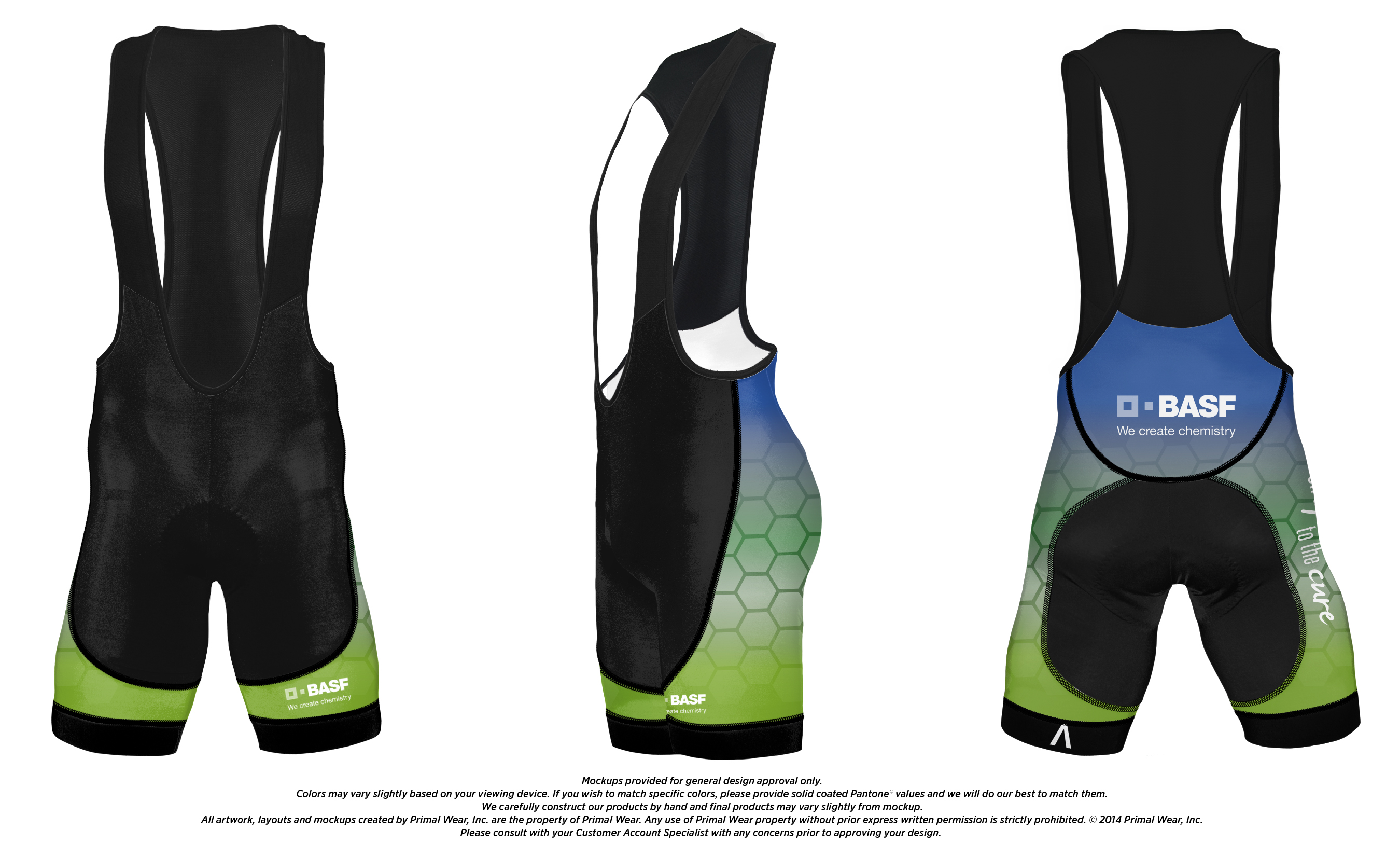 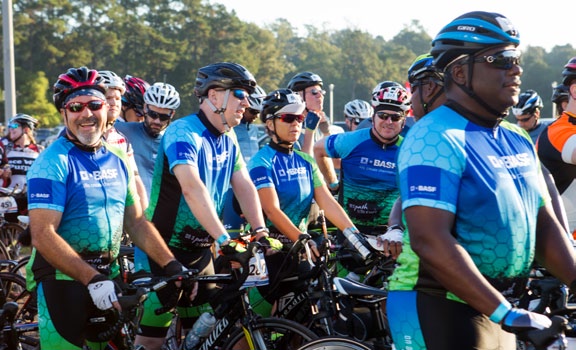 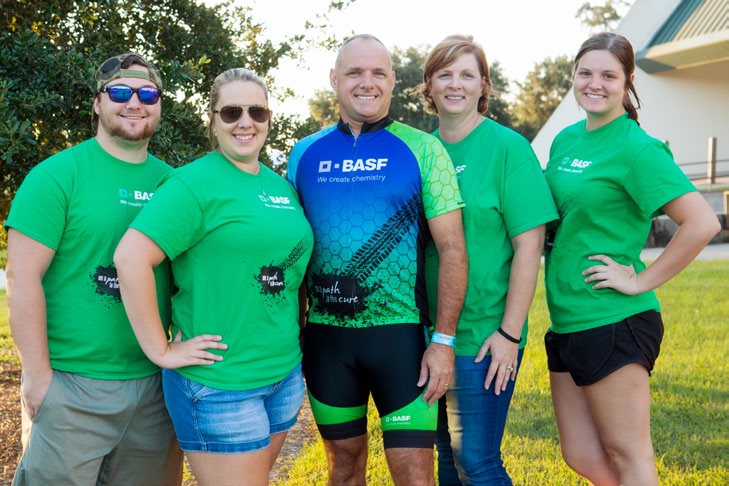 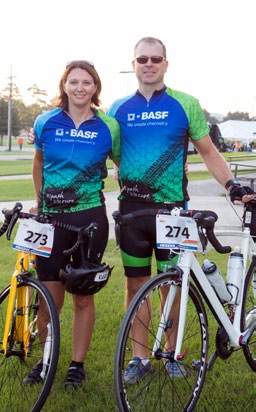 The challenge: to design a new brand-compliant look for the team’s annual ride.

Since this was the second year I had been invited to design the team’s jersey, I went back to the team to discuss their thoughts for the 2016 design. The general consensus was the team loved their team kit for 2015, and didn’t want to change much. Historically, they often wore the same design for a few years. They loved the energy the previous year’s design embodies, and only had a single suggestion regarding color. They did not love the orange in last year’s design. The group agreed it was a hard color for some riders to wear since orange doesn’t always look good on every skin-tone. The first step this time around was establishing the color scheme.

This year I went with BASF’s light and dark blue and light and dark green brand colors. I retained the transparent honeycomb background pattern as I still wanted to subtly hint at BASF’s chemical association, while also representing the connectedness of the company, its employees and community. The team made a really strong case for keeping the ombre technique that allows the various corporate colors to melt into one another. I kept with that look because I felt it established a brand for the riders, and we knew we would continue to use a similar treatment in future designs. For 2016, I crafted the slogan “on a path to the cure”, and those words inspired the rest of the design. Because MS is such a tricky disease and little is still understood about it, I wanted the jersey to represent the tireless hours researchers, doctors and any of those affected by the disease have put into finding a cure. The black splatter was used to represent a long ride, appearing as if the riders started with a clean jersey and over the course became marked with mud. The bike tire was a natural adornment to further emphasize the slogan. The overall design was well received and the riders looked exceptionally sharp that year!